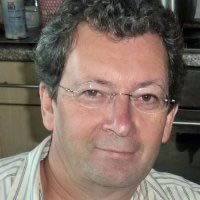 Philip Haines has over 40 years management and entrepreneurial experience in the tourism, events and entertainment industries, with a specific focus on finance and IT.

Work started in the entertainment industry at the 1970 IOW Festival, followed by a spell as a concert promoter in the south of England including early performances from Roxy Music, David Bowie in his Ziggy Stardust days, Jeff Beck and many others. This was followed by a rather more staid period in Finance and IT management at a leading tour operator and conference organiser in the UK, where experience in business acquisitions and systems implementation were gained. This led to a five year period based in Canada from 1984-89, as GM of the travel technology division of a global software company. The company delivered solutions to tour operators, conference organisers and destination marketing organisations (DMOs) from a network of offices around the world.

On return to the UK in 1990, following a management buyout, the company grew to become one of the first global specialists in technology for DMOs – with solutions implemented in North America, Asia Pacific and the UK. A consultancy division partnered with global consulting firm Arthur D Little, to deliver advice to governments, government organisations and the private sector on new technology solutions. This work was acknowledged by PATA, who published a series of papers by the Consultancy, and who appointed Philip to their Advisory Board, and the Tourism Society who appointed him a Fellow.

In 1999 Philip sold his interest in order to focus on development of a web based solution for the events industry, Eventbookings. The solution was used by event organisers around the world including for a 10 year period by MTV for its annual awards, regular events for Motorola and GE amongst many others, and many conference organiser clients. The company was an award winning Microsoft  partner. In 2008 the business was acquired by Computershare, a publicly quoted company.

Hainesnet was founded on the sale of Eventbookings and has delivered a range of projects built on previous experience including: